World Day to Combat Desertification and Drought is an annual event held every June 17. The Day is meant to raise awareness of the presence of desertification and drought, highlighting of ways of preventing the spread of deserts and recovering from drought. 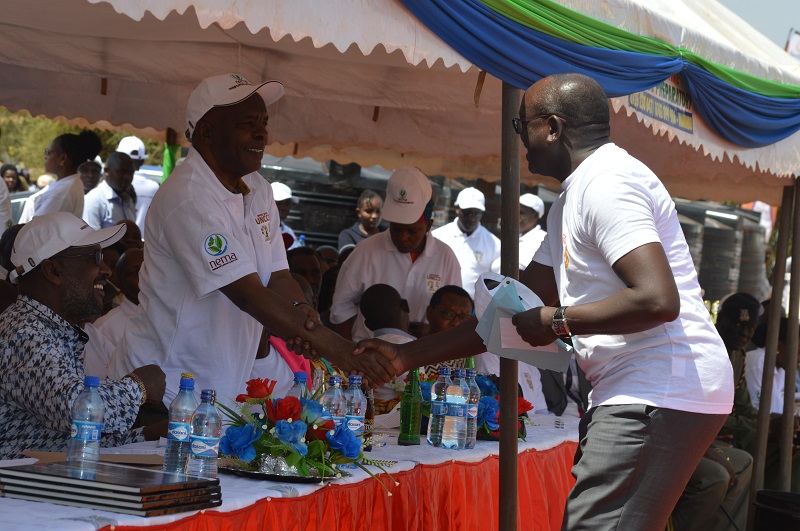 In marking this day, the country seeks to remind everyone of the importance of land and its role in producing food, generating local employment as well as its ability to add sustainability, stability and security of vulnerable communities.

The United Nations Convention to Combat Desertification (UNCCD) as part of constitution of Kenya legally binds us to address environment and development through sustainable land management.

This year’s celebrations marked the 25th Anniversary under the theme, “let’s grow the future together”. The event was marked majorly to look on how land degradation neutrality has punned out in the last 25 years of implementing the UNCCD Convention.

The Chief Guest was Chief Administrative Secretary (CAS) Ministry Of Environment and Forestry, Mr Mohammed Elmi. Mr. Elmi noted that the government is committed to addressing desertification. He stated that the Environment and forestry ministry led by CS, Keriako Tobiko is committed to increase the tree cover to facilitate the achievement of the 10 percent tree cover by 2022.

The event was also graced by Governor Kivutha Kibwana who welcomed global community to mark the event in planting more trees and taking care of the environment. The Governor urged the government to supplement the County’s initiatives in addressing issues of drought and desertification. Prof. Kibwana welcomed the ongoing climate change initiatives being undertaken in the Country through the NEMA’s National Implementing Entity (NIE) through the Adaptation Fund Programme.

While making his remarks, the NEMA Chairman, John Konchellah stated, “As the country strives to fast-track realization of the commitment of the Big Four agenda and Vision 2030, everyone should embrace initiatives that are geared towards restore the degraded lands and restore livelihoods.”

Mr. Konchellah added that NEMA is working with other agencies in its coordination role in combating desertification, drought and land degradation. Through the Adaptation Fund and Green Climate Fund, the Authority has provided financial support to various organizations in Kenya to mitigation and adaptation projects. Moreover, the Authority has developed guidelines and regulations in the management of the environment and subsequently control the spread of desertification.

NEMA Director General, Prof. Geoffrey Wahungu stated that NEMA has developed the National Action Programme (NAP) (2015-2025) for combating desertification in Kenya. Furthermore, the Authority has been preparing the Environment Action Plans at both national and county levels to mainstream environmental consideration into the national and county planning processes.

Most importantly, “The Authority continues to partner with county governments and other stakeholders to address existing environmental degradation through planning, initiation and implementation of programs in regards to environmental conservation. Prof. Wahungu remarked.” 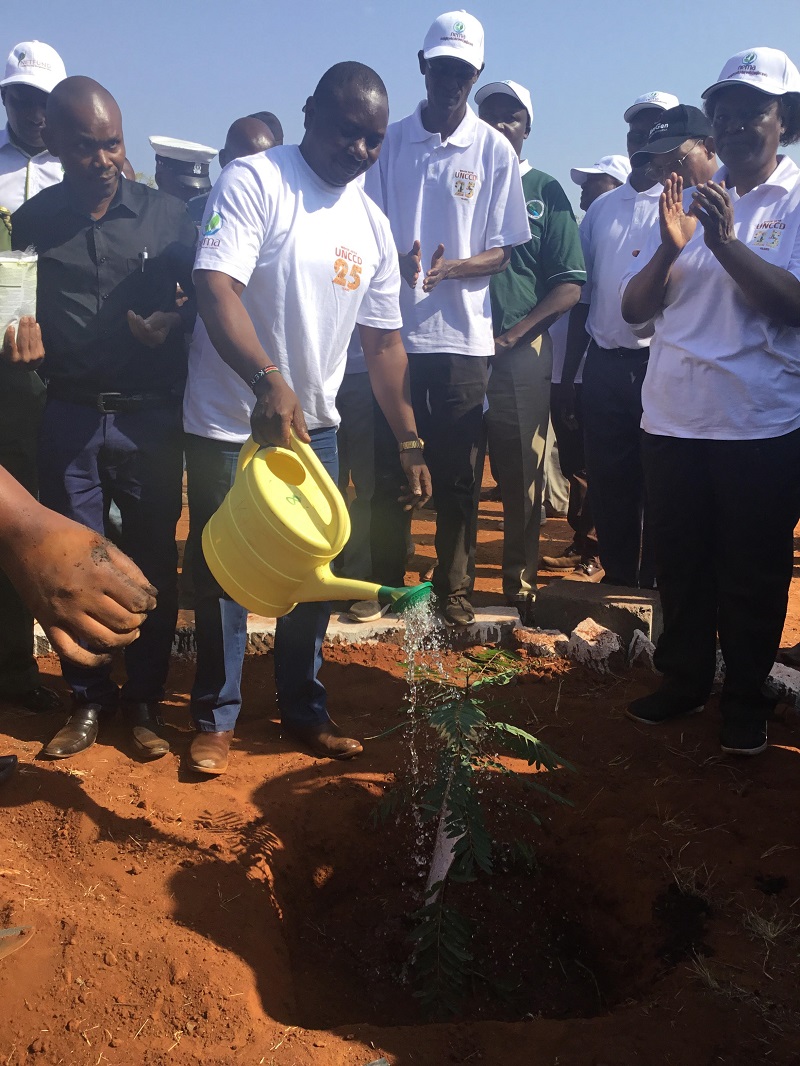 During the event, over 3000 trees were planted at Salama Secondary school.

The Authority donated water tanks and bee hives to selected groups in the county to assist in alleviating issues of water shortages as well improved livelihoods. Winners who participated in the online completion that included photos, creative arts, drawing, essay writing were awarded. 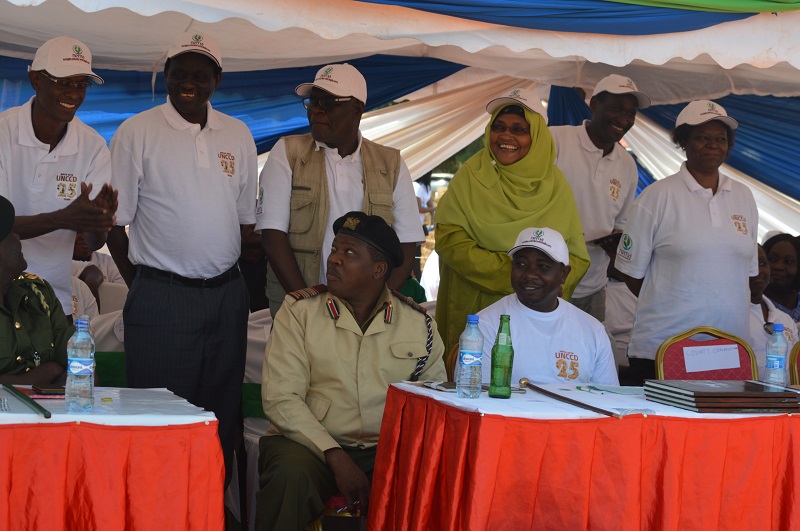 NEMA Board members during the event

During the celebrations, County Environmental Performance Index (CEPI) for Makueni County was launched, the first in the country. 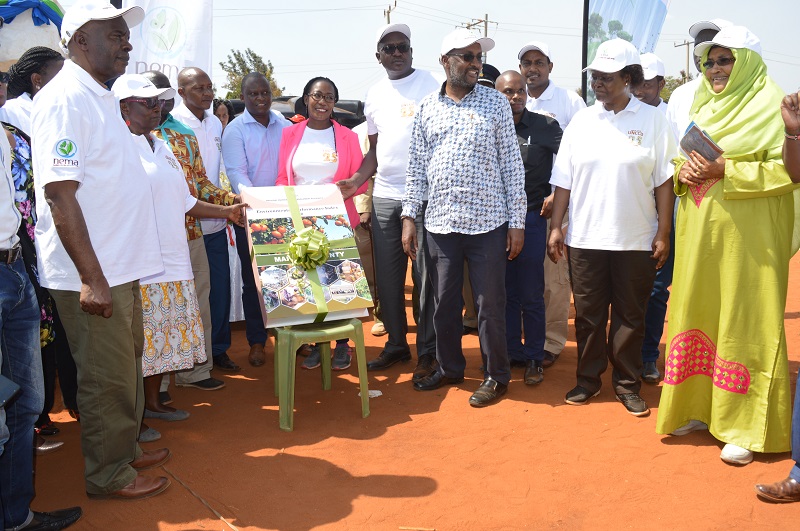 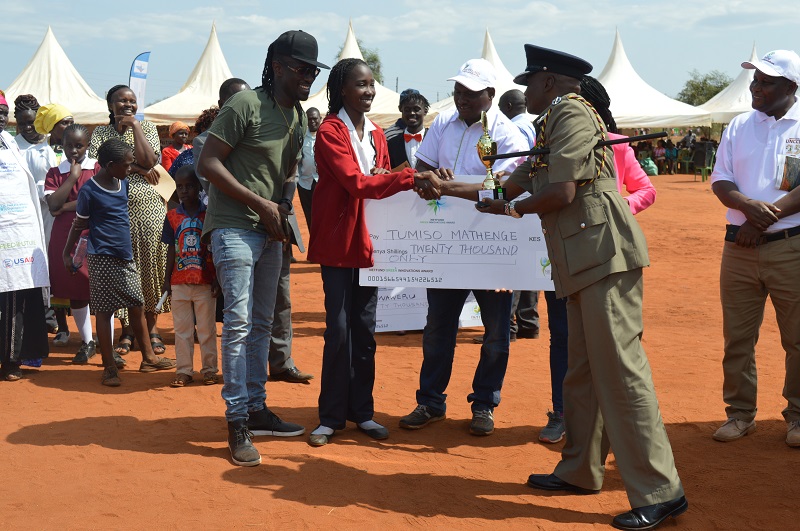 Awarding of winners during the WDCD celebrations