The theme for this year's event was," Wetlands Action for People and Nature." This was a clarion call for the world to put resources into the management of wetlands. The theme also shines a spotlight on wetlands as an integral part to the wellbeing of humans and the environment. It is meant to highlight the contribution of human actions in saving wetland ecosystems globally as well as the importance of wetland goods and services to humans and nature.

The choice of Ondiri Swamp was informed by the importance of the wetland to the economy of the country. For instance, the Ondiri Swamp forms the headwaters for the Nairobi River which forms the Athi drainage system. Despite its importance, the wetland is under pressure due to increased human activities such water extraction, deforestation and accelerated erosion.

CAS Mohammed Elmi urged politicians vying for various positions to have environment management plans for their areas to the ensure environment just like other sectors is given priority. He noted that the Government is working on environmental management frameworks to facilitate conservation of wetlands in the country.

The Governor Kiambu County, Dr. James Nyoro urged the locals to balance between environment and economic developments. He reiterated the importance of hosting the event in his County. He noted that the County has been working with the Friends of Ondiri to bring on board the communities to embrace the conservation efforts of the wetland. He added that the County has set aside resources to improve the status of the wetland to be a tourist attraction.

NEMA Chairman John Konchellah stated that the Authority has undertaken inventory, monitoring and assessment of wetlands to establish their occurrence and their health status. This includes development of site specific management plans to a number of wetlands in the country. The management plans have informed decisions for conservation and management of the wetlands. The Authority has also been enforcing Water Quality Regulations of 2006 to stop effluent discharges into wetlands.

NEMA Director General, Mamo B. Mamo noted that as part of NEMA’s wetlands conservation actions for people and nature we have the following among other activities; developed Integrated Management Plans for various wetlands country- Ondiri swamp management plan is almost finalized, developed and implemented Integrated Coastal Zone Management (ICZM 2019-2023) Action Plan, delineated a conservation area through ground truthing and stakeholder consultation meeting, created awareness on need for conservation and management of the land within wetlands, riparian areas and their catchments , Restored and rehabilitated degraded wetlands, continuous monitoring of wetlands to ensure wise use and curb any practices on wetlands that may result in the degradation and over exploitation of these ecosystems. The Authority has also been involved in the Nairobi river regeneration program.

The Authority also launched an Eco-toilet at the Wetland on a land donated by a local. The facility will be used by the tourists visiting the wetland under the management of the Friends of Ondiri. The guests also planted trees especially Bamboos at the wetland to enhance the conservation efforts. 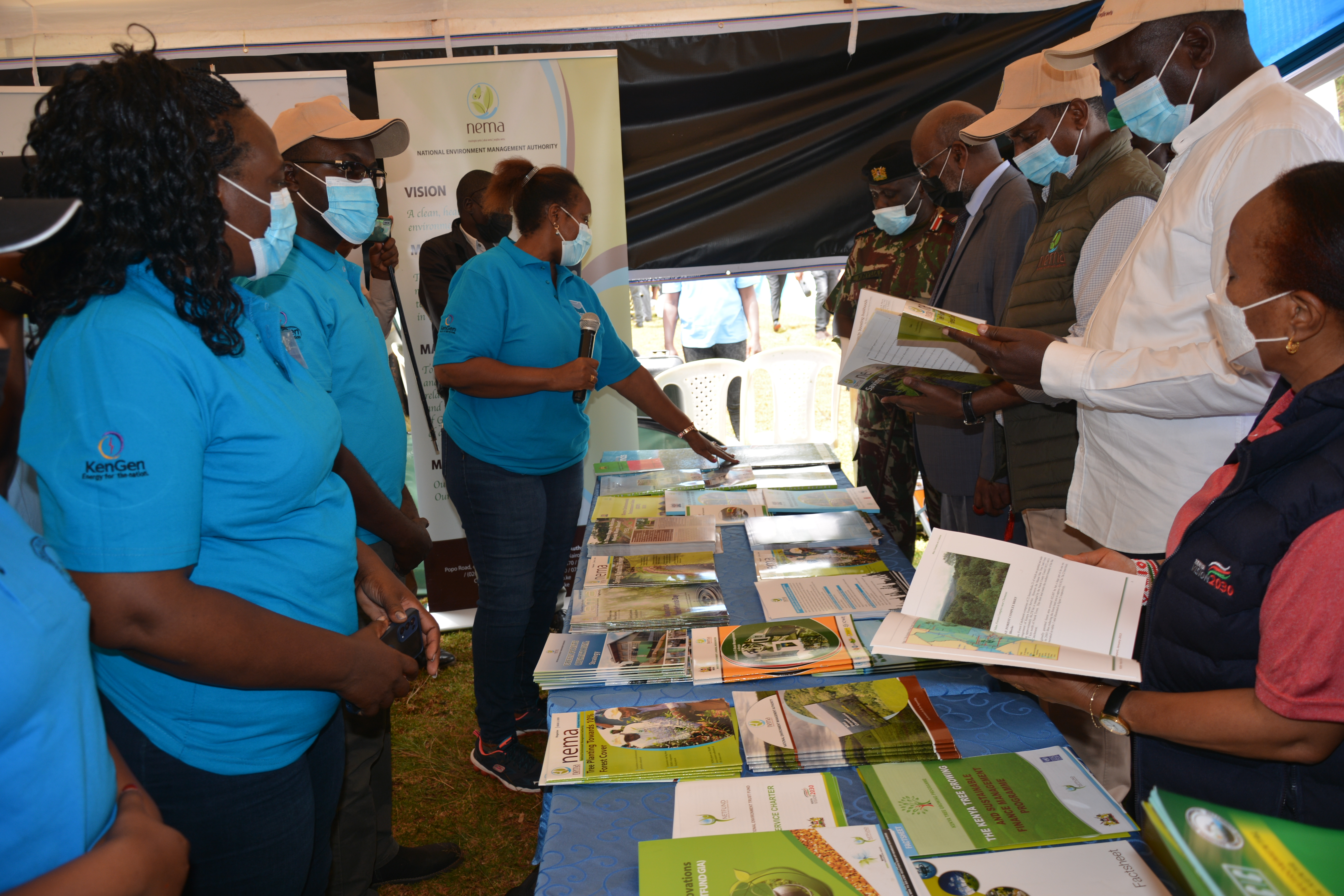 World Wetlands Day is celebrated each year on 2 February to raise awareness about wetlands.

This day also marks the anniversary of the Convention on Wetlands, which was adopted as an international treaty in 1971.
The theme for this year's event is, "Wetlands Action for People and Nature." which highlights the importance of actions to ensure the conservation and sustainable use of wetlands for humans and planetary health.
In Kenya, Nema Kenya is spearheading the preparations on behalf of the Ministry of Environment and Forestry in collaboration with stakeholders from both public and private sectors.
The national celebrations will be held at Ondiri Swamp in Kikuyu, Kiambu County.
Members of the public are invited to participate in several buildup activities including;
1. Ondiri Wetland Conservation Run - 29th January 2022
2. Panel discussion - 31st January 2022
3.. Cleanup in Kikuyu town - 29th January 2022
4. Wetlands Art Competition (ongoing)
5.Tree planting

World Wetlands Day 2022 will be celebrated as follows;

A call to take action for wetlands is the focus of this years’ campaign. It's an appeal to invest financial, human and political capital to save the world’s wetlands from disappearing and to restore those we have degraded.

Slogan: Our Wetlands, Our Responsibility, Our Future 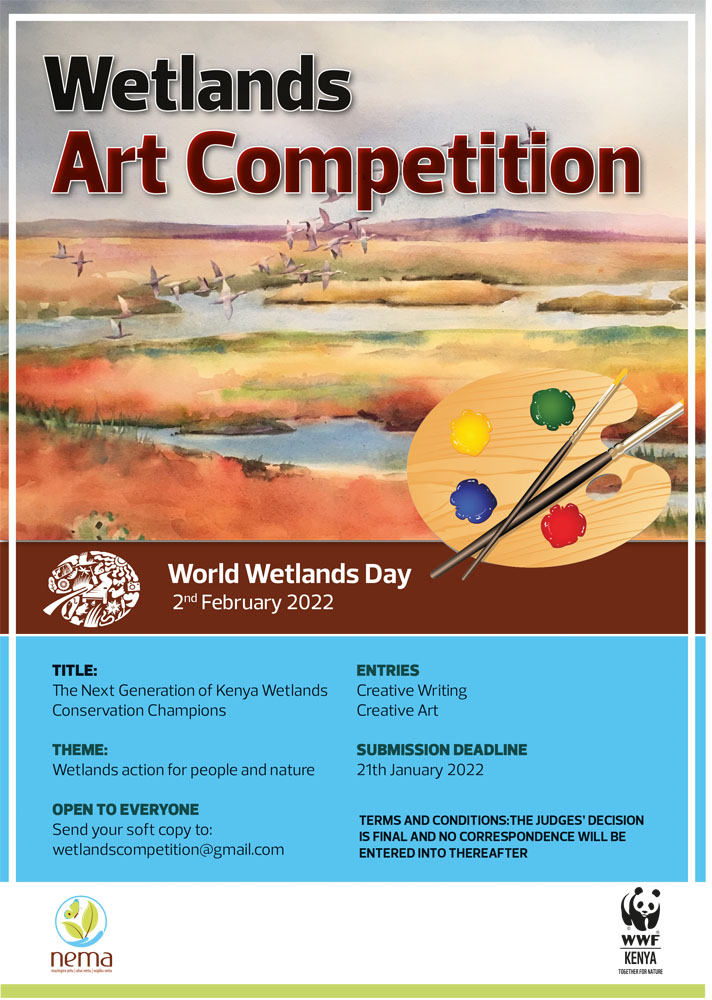